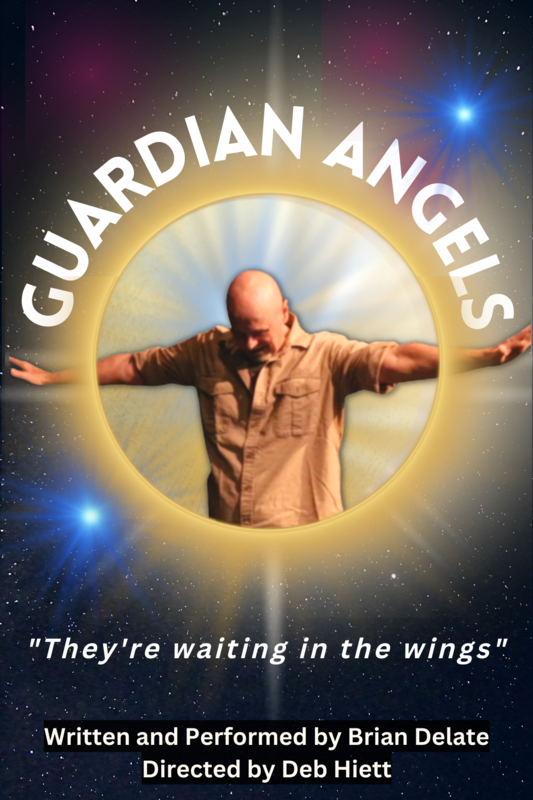 Guardian Angels reveals the story of how the angels in our life and beyond can guide or direct us — in particular a single event (a dream) that transformed Brian Delate’s life in 1973. Some people believed he had a close encounter. Some thought he was visited from ‘The Beyond.’ Which was it? Prior to this event, Brian served in the war in Vietnam. After the war, he learned later that he had been forever changed. But what do you do with that? The path after coming home was destructive, but a couple of real life guardian angels intervened to help guide him in a life-affirming direction. Then, a couple years later came ‘the dream.’ This experience would alter his thinking and behavior forever.
Written & Performed by Brian Delate Directed by Deb Hiett