Trust Me, I'm from Essex 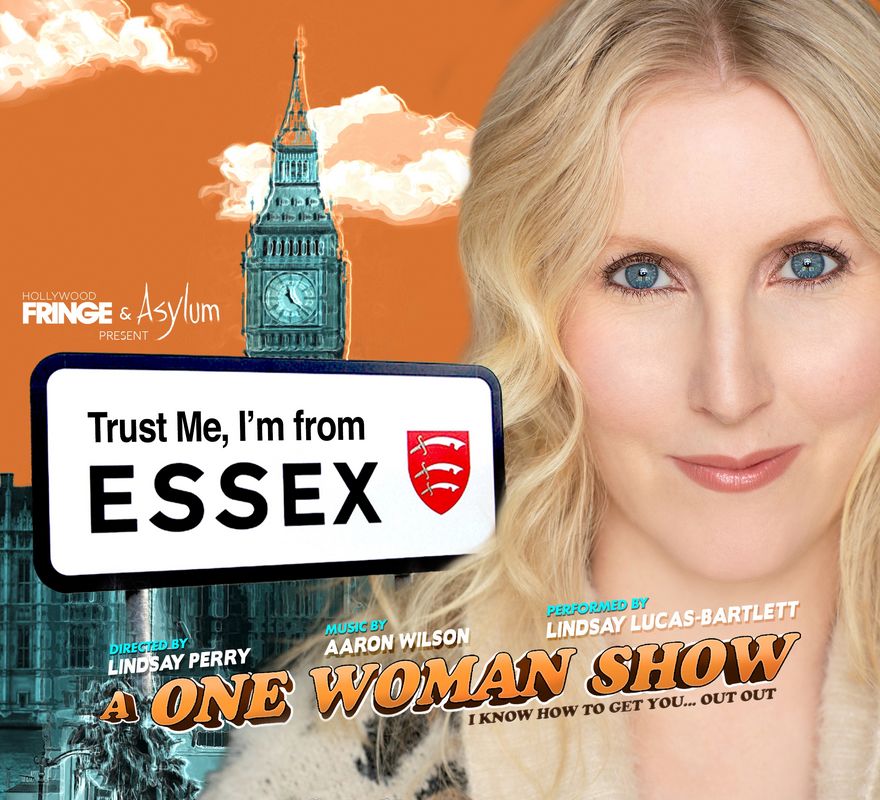 In “Trust me, I’m from Essex”, Lindsay Lucas-Bartlett will take you on a journey through life growing up in notorious Essex, England. From going to an all girls Catholic school, rejecting the “typical blonde” Essex girl stereotype, wreckage at home, and finally realizing her dream of living in Los Angeles and creating a new home of her own.

Enjoy this fun filled journey with laughter, singing, dancing, and down right drama.

Trigger warnings There are themes of an adult nature.

PERFORMER: Lindsay Lucas-Bartlett
Lindsay Lucas-Bartlett grew up in Essex, moved to London and…it’s all in the show, so let’s not spoil it. Lindsay has wanted to devise and perform a solo show since the age of sixteen, finally, many years later with a whole many stories to share with you, it is here. And Lindsay is thrilled and also petrified to be performing and sharing her life in a nutshell with you all.

Lindsay trained at The Central School of Speech and Drama in London and in Los Angeles trained and worked at The Upright Citizen Brigade for four years.

DIRECTOR: Lindsay Perry
Lindsay Perry is very proud to be directing ‘Trust Me, I’m From Essex’, and to take the audience on a ride through life. Lindsay has been directing, producing, and performing in the theater and film space for fifteen years both in LA and in New York City. She was a member of the well-known NYC sketch comedy group, Hot Buffet, from 2012-2017, and appeared in innumerable live shows, as well as in film and television, including: Showtime’s The Affair, Rockstar Games’ Grand Theft Auto 5, and Red Dead Redemption II. We hope this show offers, laughter, resilience, and warmth.